With English wine improving with every vintage that passes they are increasing in popularity - English sparkling is a fantastic alternative to champagne and with estates like Three Choirs turning out wines like this we can see why.

Very fruit driven style with 18 months lees ageing. Delicious notes of lemon curd and green apple are followed by creaminess brought on by the lees. Crisp, with refreshing acidity.

Growing grapes in this part of England is nothing new. The Romans were growing vines here some 2000 years ago and the tradition was carried on into the Middle Ages by the monasteries who reputedly made wines to rival those of the continent. Building on this long tradition, Three Choirs was founded in 1973, with half an acre of vines as an experiment. A favourable microclimate… Read More

The south-west of England, including Gloucestershire, has long been an important part of the story of English wine-making - grapes have been cultivated here as far back as the 8th century. The region, like many English vineyard areas, is particularly cool and lies at the northernmost latitude of the global vineyard. Mostly white and sparkling wines are produced, with a small… Read More 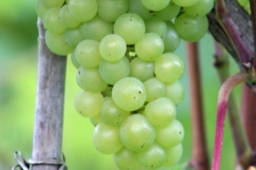 Seyval Blanc is a light skinned grape variety which ripens early and is ideally suited to relatively cool climates such as England, where it is the single most planted variety. It produces crisp white wines which may benefit from a degree of barrel ageing, and is versatile, used as a varietal wine, in blends and as a key ingredient in many cool climate sparkling wines. Read More