This wine has a delightful fruitiness with notes of cherries and white chocolate. It is dry and warming with an appealing savoury touch of balsamic on the finish.

Castellani was established in Montecalvoli at the end of the 19th century by Alfredo Castellani. In 1903, the business was officially registered in Pisa and Alfredo's sons Duilio and Mario set about the company expansion and presided over the company for decades, before being succeeded by his sons, Giorgio and Roberto, who continued in the manner laid down by their… Read More 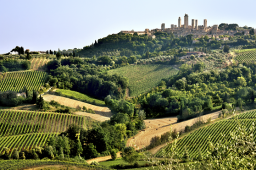 Tuscany is arguably one of the most important wine-producing regions in Italy, where it is known locally as Toscana. A full 68% of the region is classified as 'hilly' and hillside vineyards produce the overwhelming majority of the highest quality wines. Sangiovese, the region's signature grape variety, seems to thrive on the concentration of sunlight that these… Read More 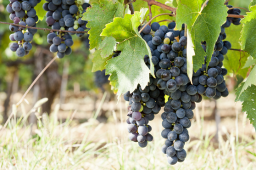 Sangiovese is Italy's most widely planted red grape variety, particularly common in Central Italy and most notably, principally responsible for the fine red wines of Tuscany. It is the base of the blend for Chianti, Vino Nobile di Montepulciano and most Supertuscans. It produces high quality wines with a characteristic red fruit flavour profile, particularly of sour red… Read More