Peppery red fruit flavours and juicy black cherry notes with soft tannins to round it out and a fresh finish.

This family run winery was founded by Antonio Casano in 1940. Today it is managed by his daughter Giovana, who has preserved her father’s philosophy of producing quality wines using only native grape varietals with a focus on offering a distinctive expression of the Marsala wine region. Casano winery utilises the latest winemaking technology and modern vinification… Read More 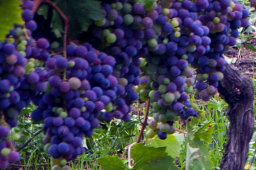 Nero d’Avola is the most important and widely planted red grape variety on the Island of Sicily. The dark skinned grape has an important history in Sicily and takes its name from the town of Avola on the island’s southeast coast. The area was a very busy trade point in the middle ages with Nero D’Avola being frequently added to the lesser wines on the Italian… Read More