Cabernet Sauvignon is a black grape variety which produces red wines of high quality in many wine-producing regions world-wide. Its hallmark characteristics are black fruit flavours, particularly blackcurrant, and often a menthol or eucalyptus secondary note. It is a hardy grape able to grow in both hot and cooler climates alike.Cabernet Sauvignon's traditional home is Bordeaux in South-West France, where it is commonly blended with Merlot and Cabernet Franc to produce what is known as a 'Bordeaux Blend'. Such blends are increasingly popular in other parts of the wine-making world such as South Africa, Australia and South America. It is also found as a varietal wine, particularly in New World regions such as Coonawarra in Australia or Napa Valley, California. 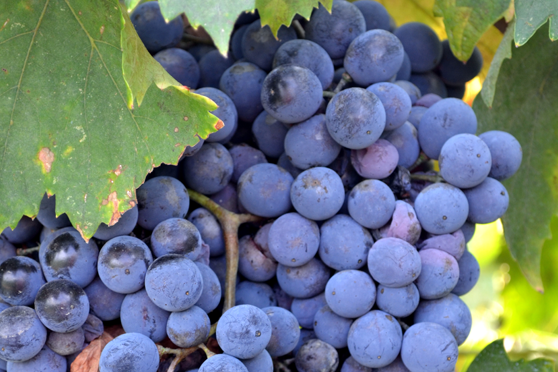