Sicily is the largest island in the Mediterranean Sea, separated from the mainland only by the narrow Strait of Messian. The main landmark on the Island is Mount Etna, the tallest active volcano in Europe and the most active in the world. The island has a typical Mediterranean climate, which really lends itself to the growing of grapes and production of wine.According to legend, Dionysus (aka Bacchus) the Greek God of Wine, brought pleasure to mankind and wine to Sicily. There are records that Sicily has been making wine for millennia, as far back as 1500 BC, and in the late 1700s, John Woodhouse started producing the island’s most famous product, Marsala.Up until 20 years ago, most of the grapes grown on the island were exported and added to wine made on mainland Italy, but the new generation of Sicilian producers are now realising the full potential of the island’s favourable climate, unusual grape varieties and fertile soil, making Sicily a wine-lover’s paradise, with the variety, complexity and abundance of Dionysus’s delicious gift. 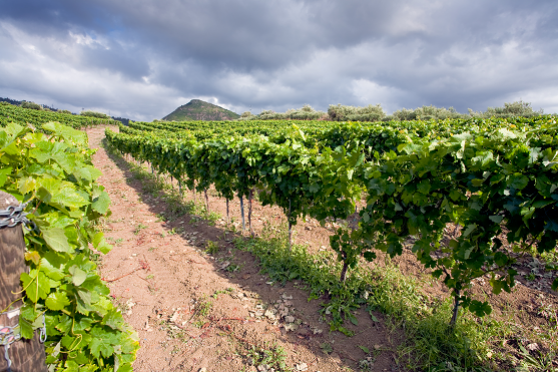